Through the Lens of an Artist 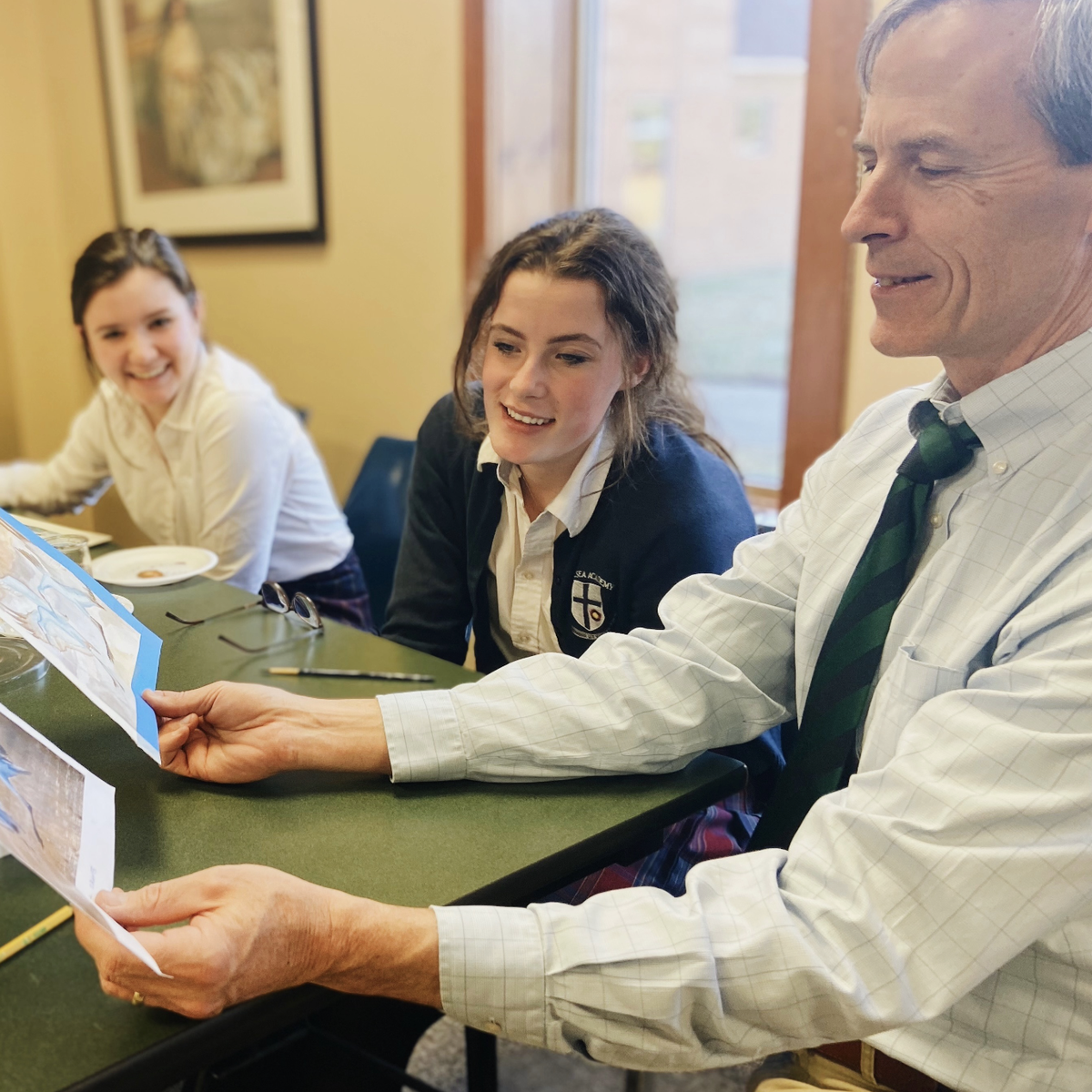 We are delighted to highlight Mr. Wingate, Chelsea Academy's renowned upper school art teacher. Mr.Wingate has been teaching at Chelsea since its founding in 2008. His class is beloved by all, and he is known for the time he spends working individually with his students. He encourages them to try new styles and find the beauty in expressing their nature through time, patience, and a few art supplies.

Growing up in Charlottesville, VA, Mr. Wingate had the opportunity to pursue his interest in art with extracurricular classes throughout his childhood. However, he abandoned his artistic career temporarily to attend the Naval Academy in Annapolis, MD. While majoring in history, Mr. Wingate also managed to find time to play varsity football as quarterback. After graduating in 1988, he piloted F-14s on aircraft carriers throughout Europe and the Mediterranean for six years. On leaving the Navy, Wingate decided to follow his passion for art. In 1994 he moved to Boston to study with Paul Ingbretson. He spent five years with Ingbretson and then added two short stints with Charles Cecil in Florence, Italy. Both Ingbretson and Cecil studied under Ives Gammell, the teacher, writer, and painter who kept the traditional atelier method of painting instruction alive.

True natural realism was seemingly falling away into modernism, and to find it alive still in those teachers was a relief. Mr. Wingate studied under Ingbretson in Boston and went to Florence to work under Cecil. His first commission in 1999-2000 was to paint two little boys, the starting point of his prestigious career. Since then, he has painted many still-lifes, landscapes, and portraits, making for an impressive portfolio. His commissions have taken him around the world. He often paints for churches, including Saint John the Baptist in Front Royal, but he also paints portraits, landscapes, and still-lifes, as well as larger figurative works. Many distinguished awards came with his hard work, such as First Prize in the American Society of Portrait Artists (2000), Best Painting from Life Award of the National Oil and Acrylic Painters’ Society (2003), and various others. 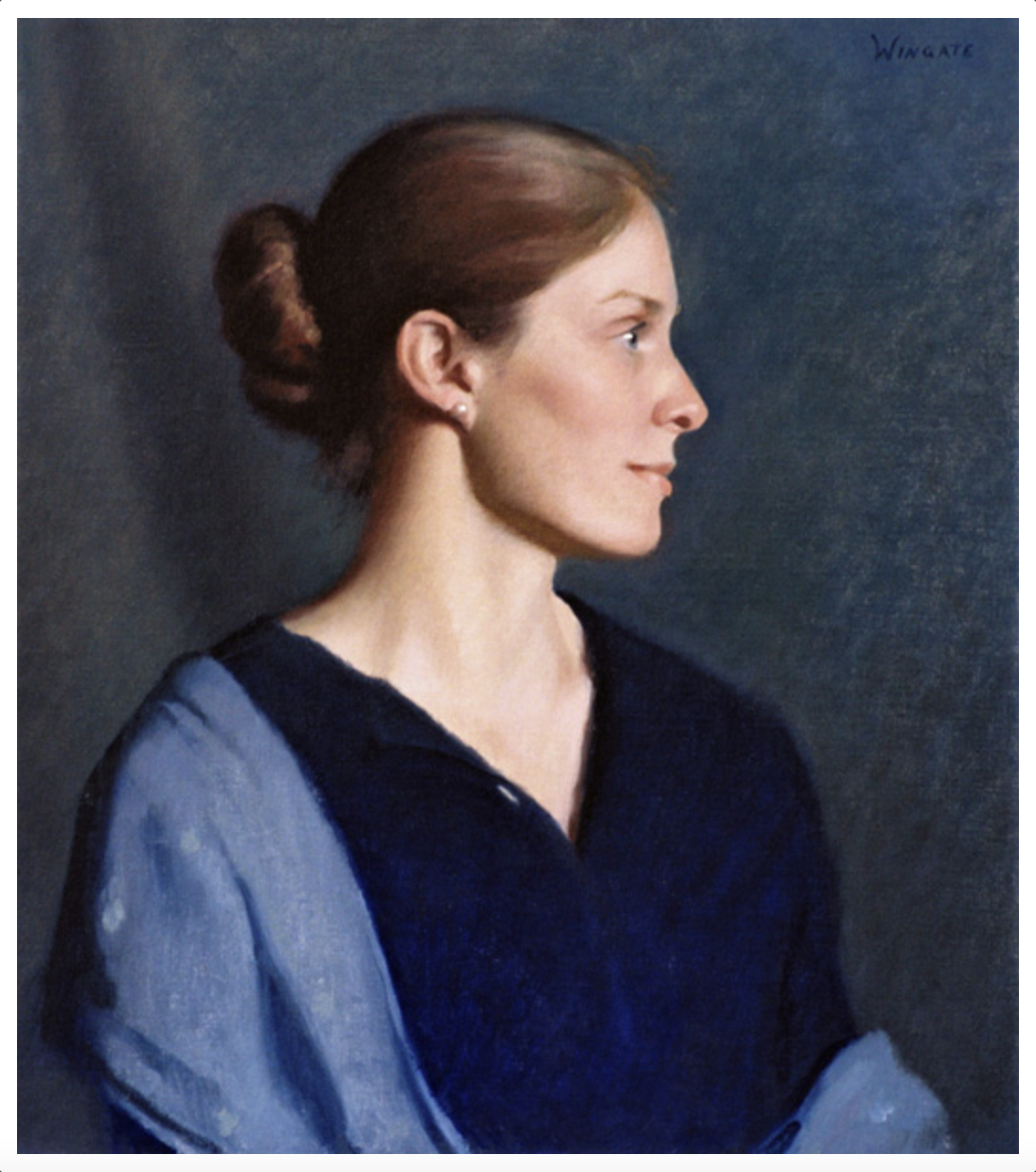 As implied earlier, Mr. Wingate favors the traditional atelier method. This practice appeals to him because of the care put into the work and what comes of attentive training. The years of training required to become a master of realistic painting are well worth it. An example of opposition to the atelier method would be the majority of modern art, as Mr. Wingate says that “modern artists skip the training and focus on the expression.” The theory behind this statement is that the best way to express yourself is to express human nature as a whole. The arts are a way for mankind to illustrate its purpose, replicating God's image in his creation.

Mr. Wingate hopes that, through his art, he can create something beautiful that will last. He furthers this goal through his work for churches, as he has said that he hopes to improve the prayer life of others through the beautification of churches, creating for them a heavenly experience. Since it is human nature to express creation, he shows his perspective by saying, “painting is like a prayer.” In its beauty, art is in itself a praising of God. Thank you to Mr. Henry Wingate for educating our students to carry on that beauty through their own lives.