This year Chelsea families hosted four exchange students, two hailing from France and two from China. The exchange program at Chelsea is not new; many students native to France, China, Germany, Spain, Mexico, and Brazil have traveled to study at Chelsea over the past 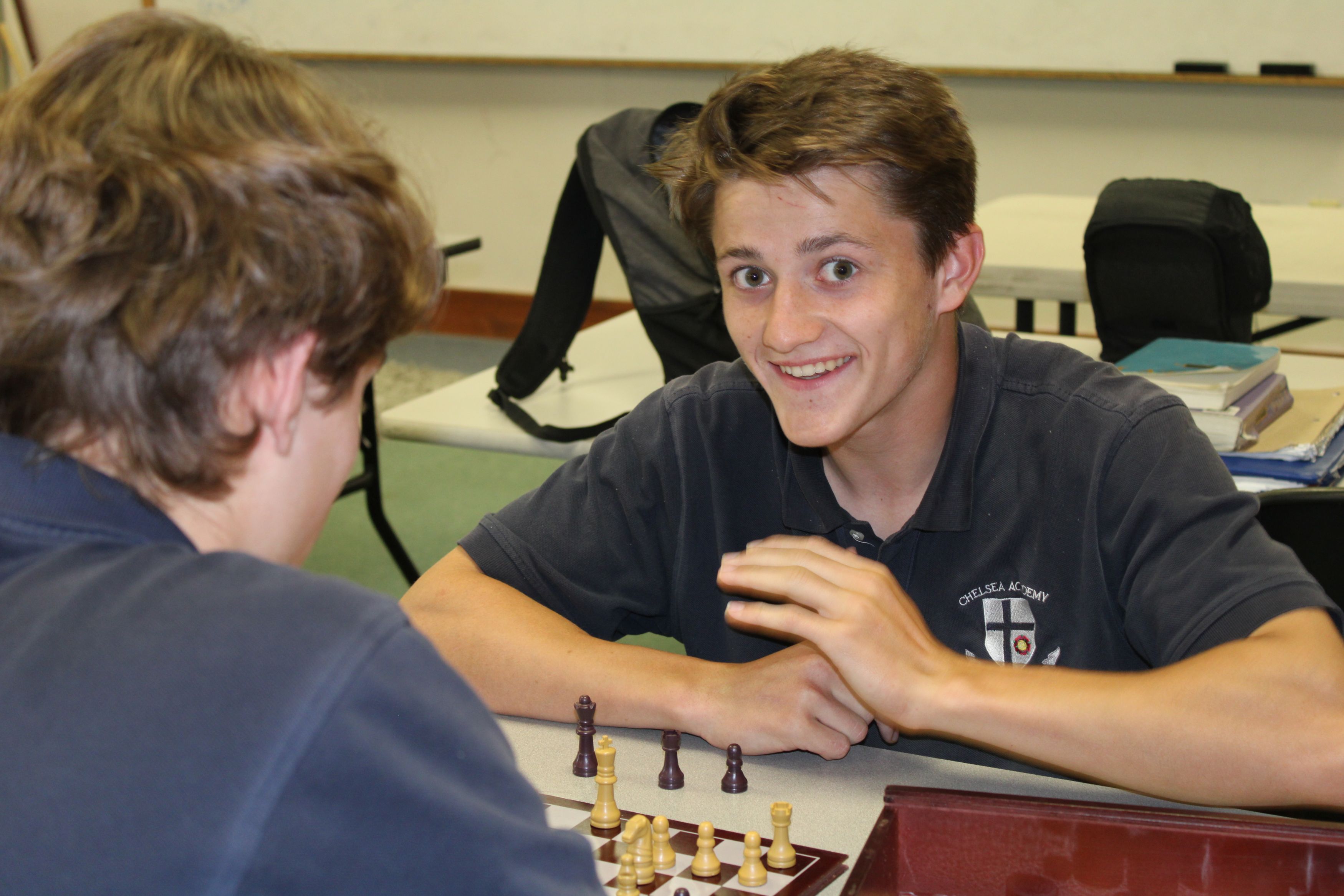 decade. To highlight the benefits of this special Chelsea program, members of the journalism club interviewed Benoit, Jean, Dave, and Ryan to shed light on their respective experiences of the exchange program, and explain how they grew as persons intellectually and spiritually. Immersing themselves in the faith, academics, and friendships which Chelsea offers has allowed the foreign students to learn about America and themselves, making for an unforgettable experience that they recommend highly to all students considering the trip.

Benoit and Jean agree that they decided to apply for the program to practice their English, discover new things, and experience living in another country. Benoit said it is very important to him to learn and improve his English for future job opportunities, and to expand his understanding of world languages. Jean was hosted by the Lee family and Benoit by the Lagardes.

At school, the French students enjoy learning during shorter classes compared to those back home, only around 45 minutes instead of several hours. They have found that the classes are easy if you work hard and try your best. The boys love their classmates, the sophomores, and appreciate how welcomed speaking to the teachers and speaking in class is. Benoit says, “[the sophomores] have a very good atmosphere. There are few people as the classes are small, so everybody knows everybody.” They both enjoy history class the most, so much so that they take two history classes with Dr. Wheeler (well, mostly the reason)!

As for extracurriculars, the boys both participate in Chelsea’s Upper School Schola directed by Mrs. DeJak and take art from Mr. Wingate. Benoit and Jean are competing in a schoolwide chess tournament as well, pitting their chess skills against their American friends. The two play on Chelsea’s Varsity Rugby team, valiantly assisting the team through the addition of their top-notch French rugby skills, inspiring leadership and 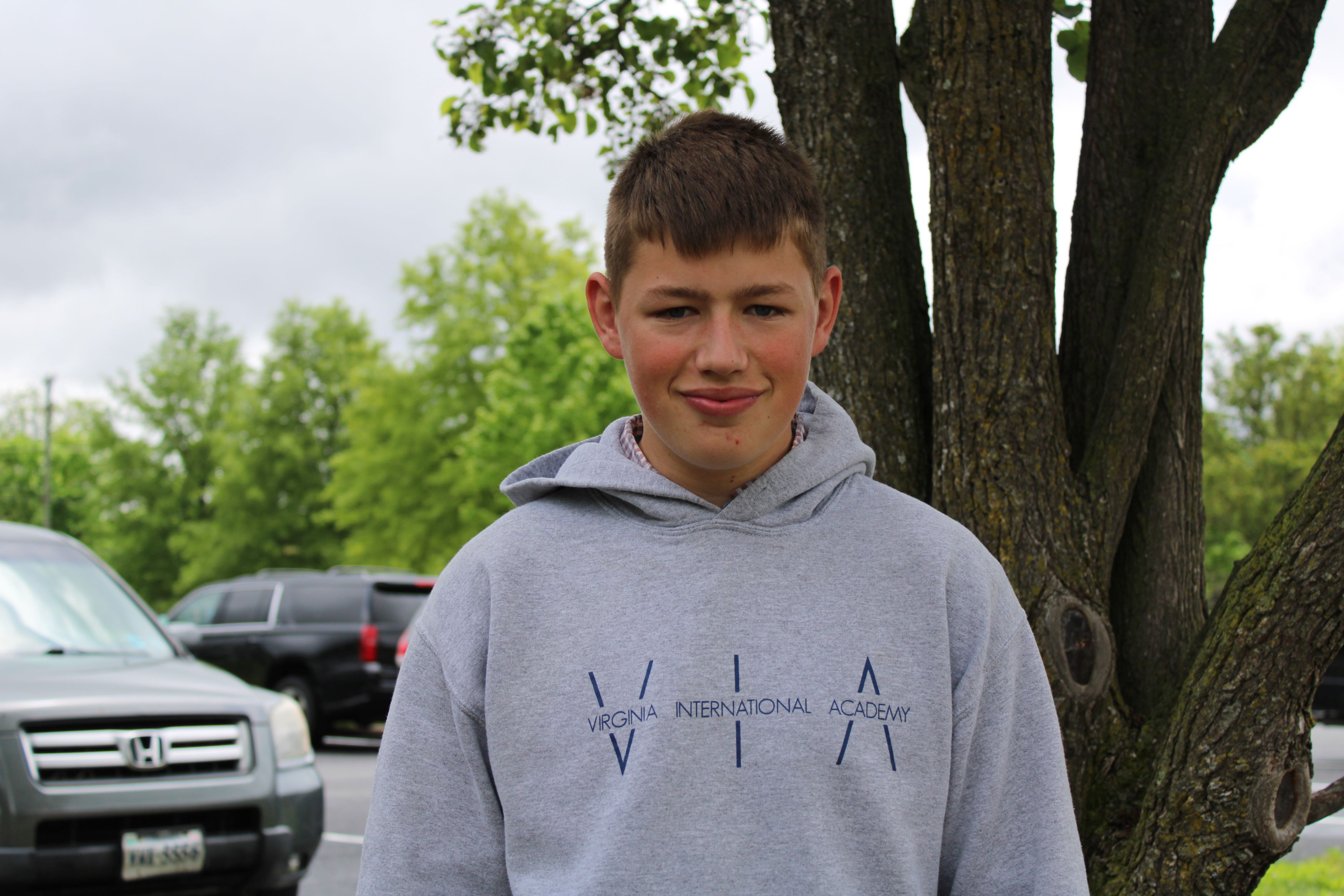 hardworking, competitive spirit. Benoit was even awarded the honor of Most Valuable Player at the Sports Banquet ending the spring rugby season. The aspect of having sports competitions with other schools is something that Jean and Benoit both enjoy immensely, but do not have in their school back home.

Hosted by the Lagarde family, Benoit has been able to visit Washington, DC, New Orleans, and Florida, which he says are not like French cities, but still very beautiful. Jean has spent his free time skiing with the Lees, a favorite of both boys. The annual Chelsea ski trip was an event to remember for them, one which they say should occur in France as well. The two love to do various activities with their host families, including pick-up sports and touring DC. Benoit says that the Lagardes’ cooking is excellent, as is New Zealand food that Jean has occasionally tried with the Lees. Chick-Fil-A, hamburgers, and Chinese food are also among the more interesting, but very tasty foods the French boys have eaten.

Our Chinese students, Dave and Ryan, have spent the past school year with Dr. Helen Wu and her husband, Mr. Lee Gung. They said they left China to improve their English, experience life outside of China, and take part in more athletics. With Dr. Wu, the boys enjoy gardening 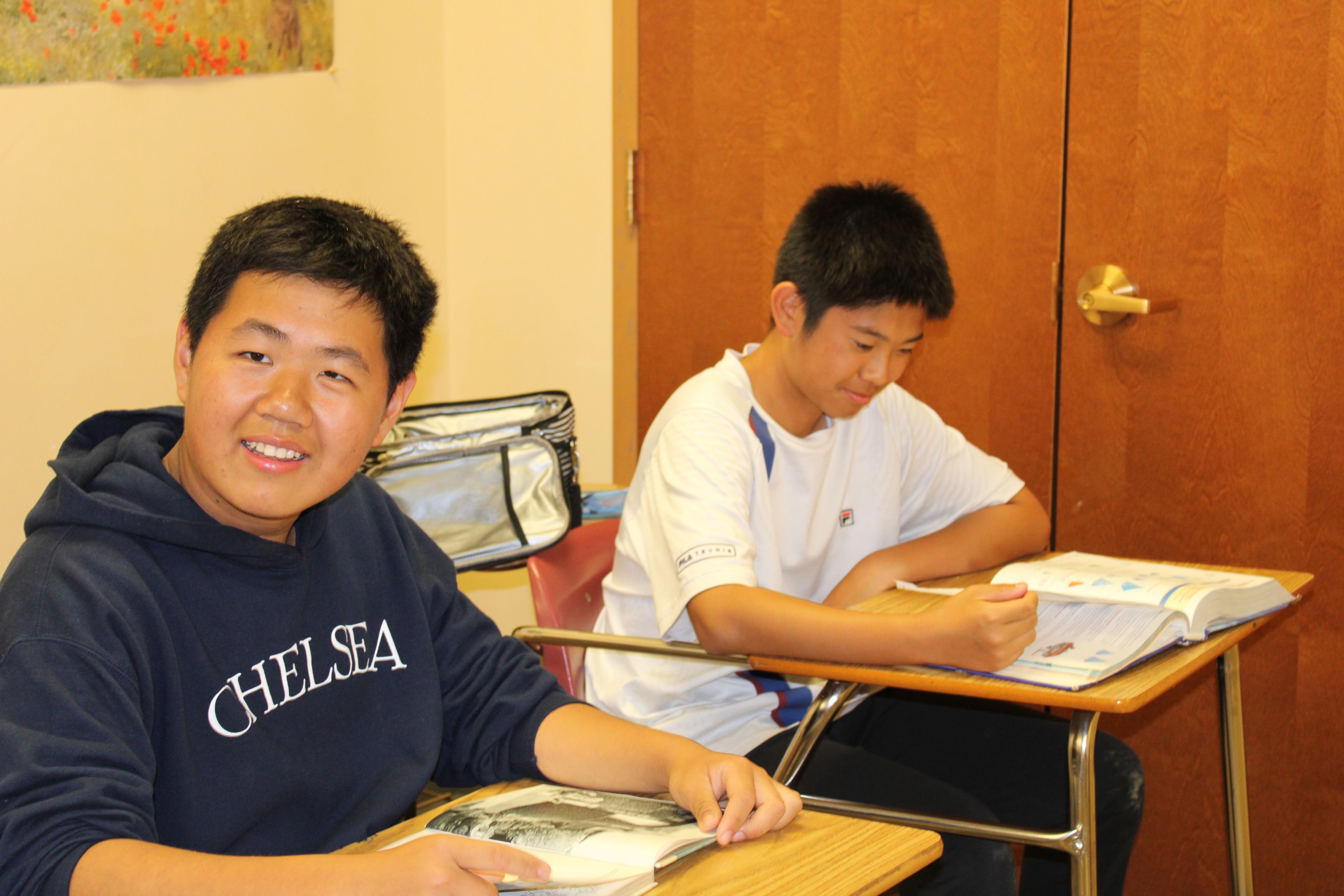 and fishing in the outdoors, and Mr. Lee’s delicious cooking- the boys’ favorite being barbeque. Other American foods Dave and Ryan like include Costco pepperoni pizza, Popeyes (over KFC!), and lobsters. The boys have also traveled to Orlando Disney World with their host family, and agree that roller coasters are both fun and scary.

At Chelsea, Dave and Ryan like their teachers, their 8th grade classmates, PE class, and math club with Dr. Wu. Ryan said the teamwork at Chelsea, whether in class, on a sports team, or in physical education, is one of his favorite aspects of the school. Dave said, with a smile, “[the 8th graders] are full of energy, and are a loud class.” The boys enjoy having lockers too, which they did not have back in China. The two had roles in the Middle School Play, “The Taming of the Shrew,” as well. Ryan has played on Chelsea’s soccer, basketball, and rugby teams, and Dave has played on the basketball and rugby teams. Though at first he was hesitant about playing sports, Dave now loves them. In fact, both Ryan and Dave have realized the importance and health benefits of participating in sports, and are so grateful for the opportunity to be more active in America. The boys think the education system at Chelsea is better than what they received back in China, and plan to continue at Chelsea through their senior year.

When asked what advice they would give to a student considering applying to the program, Benoit said, “It is a very good opportunity. Take what people give you and don’t compare it with France. Always say ‘Yes!’ if people ask you to do or try something.” Jean said, “Just try it even if you don’t know it!” Ryan encouraged students in China to come to Chelsea and play sports and participate in clubs, and Dave said, “Tell 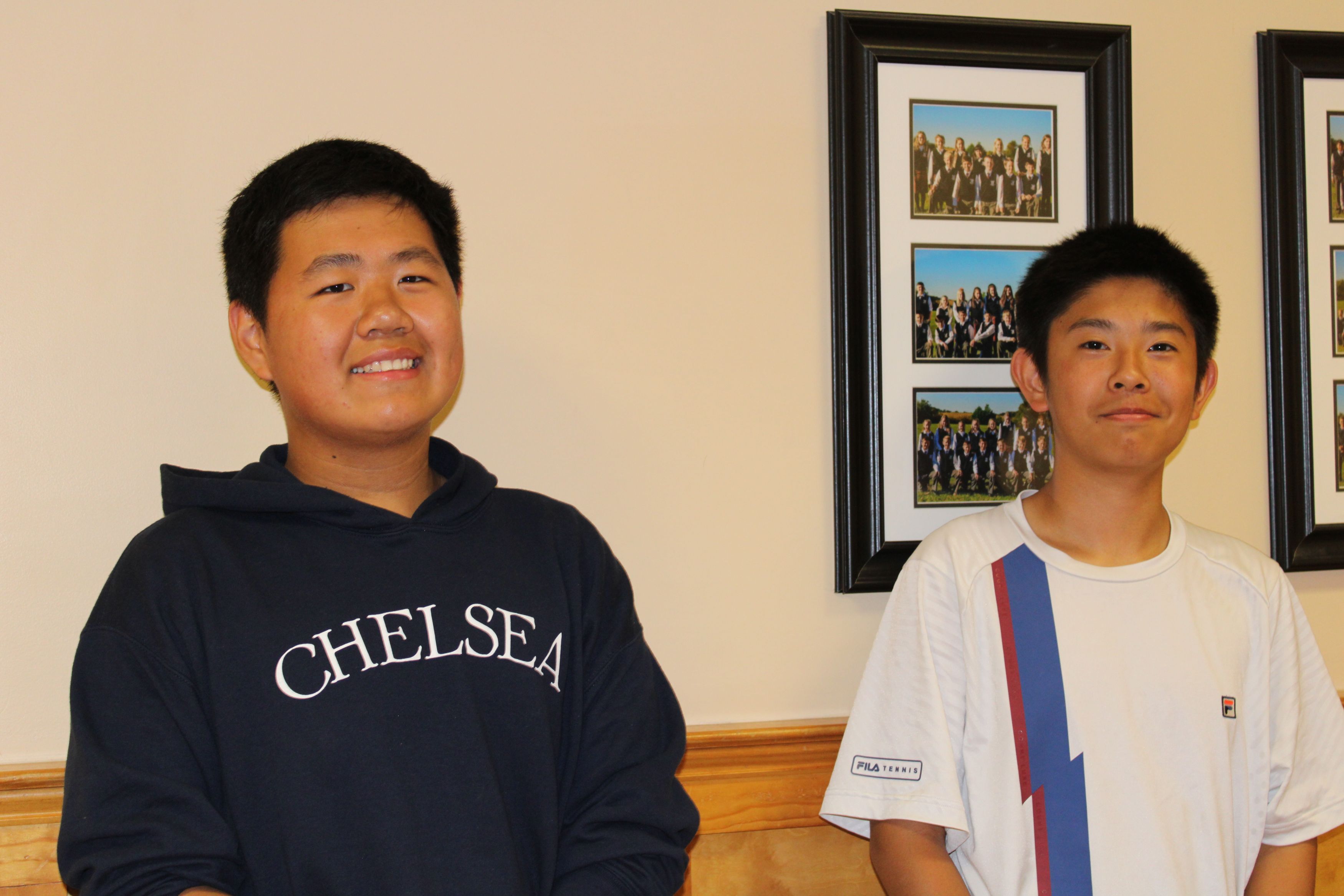 them to live with Mrs. Wu and Mr. Lee, and have barbeque all the time.” Spending a semester in America has enabled these students to experience life alongside Chelsea students, broaden their knowledge of culture, language, and customs, dive into Chelsea Academy’s liberal arts curriculum, and create life-long friendships. The foreign exchange program, according to Jean, Benoit, Ryan, and Dave, is worth it!