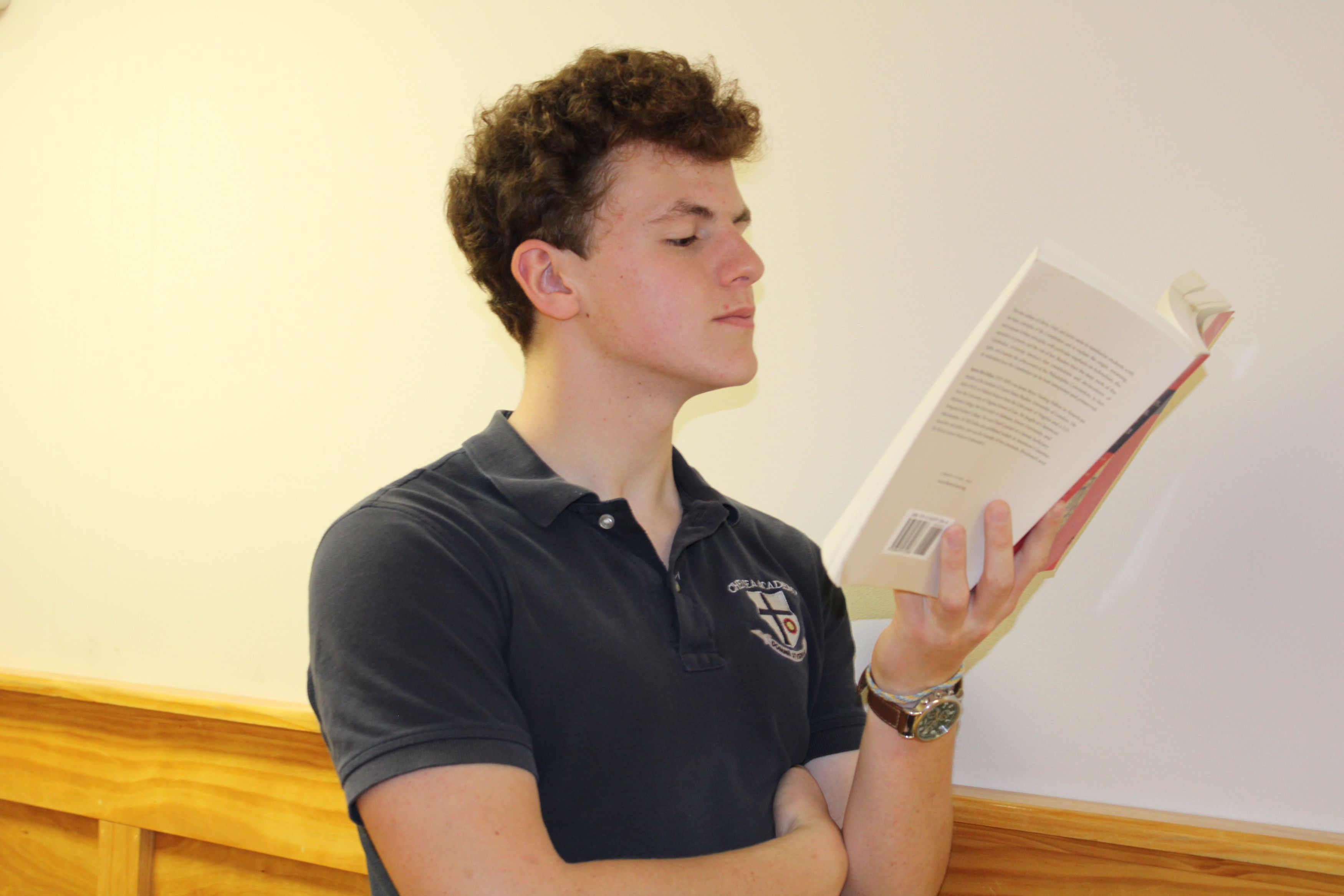 James Schwartz, an outspoken leader in his class, has come a long way in his Chelsea adventure. He began as a member of the first-ever 4th-grade class at Chelsea and has taken full advantage of his time here. He is known both for his love of philosophically consistent debates and his public speaking ability. He participated in multiple poetry competitions (making it to the state level one year) and he brought his acting expertise to the stage every year with the Chelsea Players. James is no less accomplished in the athletics department, playing on the JV and Varsity soccer team and serving as Captain for several seasons. When not on the Royal Horseshoe Farm, he enjoys hiking, reading, and especially cooking, so be sure to try his beef stew.

James, true to form, left some words of wisdom for his fellow students:

"High schoolers, do a ton of things. Find something that you love and become completely engrossed in it. Don’t expect praise, do your duty to get your duty done. Doing your job is fulfilling within itself."

In line with his love for animals, James will be continuing his academic career by majoring in Biology at UVA, where he is already in the Echols Scholars Program.